Showing posts from October, 2019
Show all

Satellite Technology Is Getting Easier, How Do We Make Sure It's Safe? 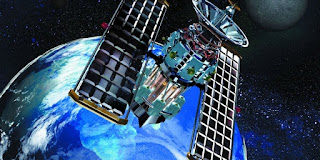 Writing in the October 4 issue of PCMag.com, Nathan Hurst discusses many of the issues involved in the future of space for both private companies and governments. Getting to space has become easier and more cost-effective. That's great for private startups that want to explore business models based on satellites, but the competition they bring reduces the control governments have traditionally leveraged over space and introduces new safety concerns. What's rarely mentioned however, is what both governments and startups are doing, or will have to do, to ensure the security and safety of the tech they're putting up there. As well as our data.

"Air travel became routine in a matter of a handful of years, and I think we are at that point. This next generation that is coming online, this year and next, it's capitalized on 50 or 60 years of investment," says Chuck Beames, a retired Air Force colonel who chairs both the York Space Systems startup and the SmallSat A…
Post a Comment
Read more
More posts